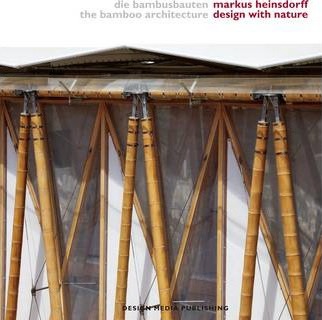 The main focus of this book is the German- Chinese House designed by Heinsdorff for EXPO 2010 in Shanghai. From May to October 2010, Shanghai, the great port at the mouth of the Yangtse, is staging a world fair whose motto is Better City, Better Life. The German-Chinese House is the only binational building at EXPO 2010. The innovative two-storey bamboo membrane structure, dedicated to sustainable urbanization, represents a series of events titled Germany and China Moving Ahead Together and consists largely of natural bamboo rods and bamboo laminates. The building was made possible by the development of new methods of connecting and processing bamboo. This is the first time that approval has been given for a complete bamboo building in China. The eco-friendly high-tech pavilion will serve as an art and exhibition gallery. With numerous illustrations and a series of detailed articles, this book documents the planning and realization of the pavilion, and reveals the thinking behind its design. Further contributions deal both with bamboo as a raw material and as a medium for architecture and design. One chapter is devoted to other artistic structures and walk-in installations by Markus Heinsdorff, including Skyplace, an airship built in Bali, a tree house in the canopy of a primeval forest tree, and a self-renewing dome, the latter two both in Chiang Mai, Thailand. Several prominent authors have contributed to the volume: Michael Kahn-Ackermann, head of the Goethe Institute in China, Gottfried Knapp, a well-known arts journalist, Manfred Baur, science journalist and documentary film-maker, and Alexander von Vegesack, Director of the Vitra Design Museum in Weil am Rhein.”