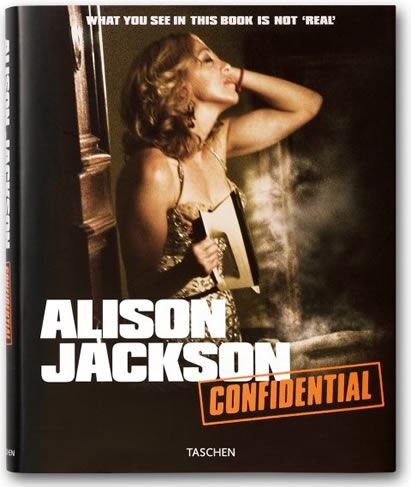 Alison Jackson has photographed the Queen of England on the toilet, George Bush and Tony Blair chatting in the sauna, Mick Jagger doing gymnastics, and Monica Lewinsky lighting Bill Clinton’s cigar. Or has she? The likenesses are uncanny, but of course, her subjects are look-alikes. Her photos demonstrate that while seeing is believing, the truth is another story entirely. In her work, Jackson says, “Likeness becomes real and fantasy touches on the believable. The viewer is suspended in disbelief. I try to highlight the psychological relationship between what we see and what we imagine. This is bound up in our need to look—our voyeurism—and our need to believe.” Indeed, by showing “celebrities” ostensibly caught unawares, Jackson’s pictures show us what we imagine might go on behind closed doors. Jackson’s work causes controversy, because it threatens to cross the line between the private and public life of our contemporary icons. Because we unquestioningly accept the authenticity of the photograph, it would appear that we are being given a glimpse of something confidential, a private moment. It is only upon closer examination that we question the reality of the image, and hopefully this makes us question our unwitting tendency to believe everything we see in the media today. For this edition, Jackson has been commissioned to shoot a broad selection of new portraits of dead-ringers for Brad Pitt and Angelina Jolie, George Bush, J. Lo, Eminem, Britney Spears, Jude Law, Nicole Kidman, Tom Cruise, and many more. Expect the unexpected!